What is Brown Syndrome? 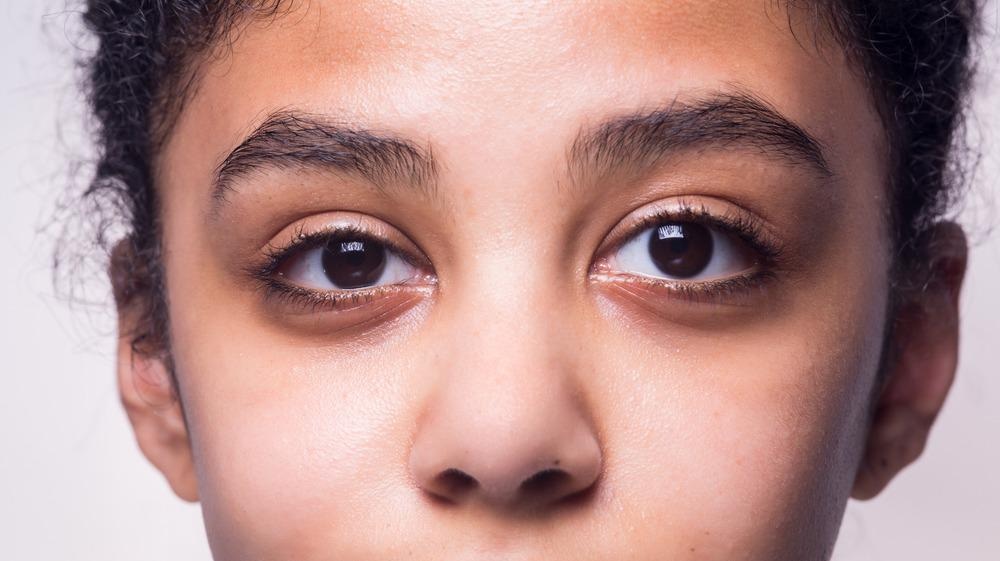 In 1949, Dr. Harold Brown described eight cases of a new ocular motility disease that had restricted elevation in adduction and other symptoms. Although there was modest superior oblique muscle overactivity, the clinical characteristics were similar to those of an inferior oblique palsy. Brown identified a shorter superior oblique tendon sheath during surgery, which was expected to limit passive elevating movement in the adducted field.

As a result, the term "superior oblique tendon sheath syndrome" was coined. A V or Y pattern strabismus, divergence in upgaze, downdrift in adduction, and a positive forced duction test for ocular elevation in the nasal field were discovered to be significant clinical findings after the additional examination.

Brown syndrome is thought to be caused by a malfunction of the superior oblique tendon-trochlear complex. Primary congenital and acquired causes are usually used to categorize the disorder. Although many distinct causes have been identified, acquired instances can be classed as inflammatory, traumatic, or iatrogenic. Anomalies of the superior oblique (SO) tendon or the trochlea, inflammatory disorders such as rheumatoid arthritis and systemic lupus erythematosus, infection, trauma, malignancy, and iatrogenic procedures are all possible causes.

A limited rise in adduction is the hallmark sign. A down shoot in the adduction of the afflicted eye (s) might also be seen if there is a severe limitation. The positive forced duction test can confirm the diagnosis. Hypotropia can occur in the primary position and is often proportionate to the severity of the limitation. Binocular fusion and comfortable vision can be achieved by adopting an atypical head posture that includes a chin up and a contralateral face turn to avoid hypotropia.

Patients with Brown syndrome, especially those who develop it later in life, are more likely to experience diplopia when they are tropic. Systemic symptoms, such as superonasal orbital pain and sensitivity to movement or touch, can also be present in the acquired Brown syndrome of inflammatory cause. There is an audible "click" on the ocular movement.

Inheritance and association with other conditions

Tendon abnormalities are common in congenital superior oblique palsy, and the tendon in Brown syndrome is aberrant by definition. Both SOP and Brown syndrome have similar percentages of bilaterality. Both are sporadic, however, there are some examples of familial presentation. Both illnesses have been encountered in conjunction with other innervation abnormalities like CFEOM, Duane, and ptosis.

Brown syndrome, according to Raynor and Hiatt in the 1970s, occurs in 1 in 450 cases of strabismus. When it comes to vertical muscle anomalies, the rate of occurrence rises. A researcher discovered 23 people with Brown syndrome among a total of 226 patients with vertical muscle paresis, all of whom had positive traction tests, according to a report.

According to several studies, Brown syndrome is more common in women, with 10% of cases showing bilaterality. Duane syndrome, crocodile tears, congenital ptosis, and Marcus Gunn syndrome have all been linked to Brown syndrome.

Following a thorough history, a thorough examination of ocular mobility should be part of the clinical evaluation. The etiology of Brown syndrome determines the evaluation and management techniques based on the patient's history and certain physical findings. Further imaging or laboratory investigations, depending on the etiology, may be required, such as radiological imaging in cases of traumatic Brown syndrome and referral to medical teams for management of inflammatory causes.

In terms of BS care, mild and moderate instances can be watched for spontaneous resolution, but the healing phase can be lengthy. In severe circumstances, surgery may be required. The mainstay of treatment for most cases of Brown syndrome is observation and conservative care. In acquired cases, spontaneous improvement is prevalent; however, it is less common in congenital cases.

Eye exercises and treatment of underlying reasons, such as oral or local injections of corticosteroids for inflammation, are non-surgical options. In sporadic cases with Brown syndrome unresponsive to steroids or nonsteroidal anti-inflammatory medication therapy, steroid-sparing immunosuppressants, such as adalimumab, have been used successfully.

Surgical surgery is recommended for patients with vertical deviation in the primary gaze position, AHP, severe diplopia, or disfiguring down shoot in adduction. SO tenectomy, SO tenotomy, Z tenotomy, split tendon lengthening, and tendon lengthening using the silicone band, adjustable nonabsorbable sutures, or autogenous expanders have all been introduced as surgical techniques for BS therapy.

During her time at AZoNetwork, Emily has interviewed over 200 leading experts in all areas of science and healthcare including the World Health Organization and the United Nations. She loves being at the forefront of exciting new research and sharing science stories with thought leaders all over the world.