Interstitial lung disease (ILD) is a broad group of lung diseases comprising of more than a hundred distinct disorders. All of these involve scarring or inflammation of the interstitial lung tissue and affect the volume of oxygen that can reach the bloodstream via the respiratory system.

They can be classified into different types, according to the cause of the disease, as described in more detail below. 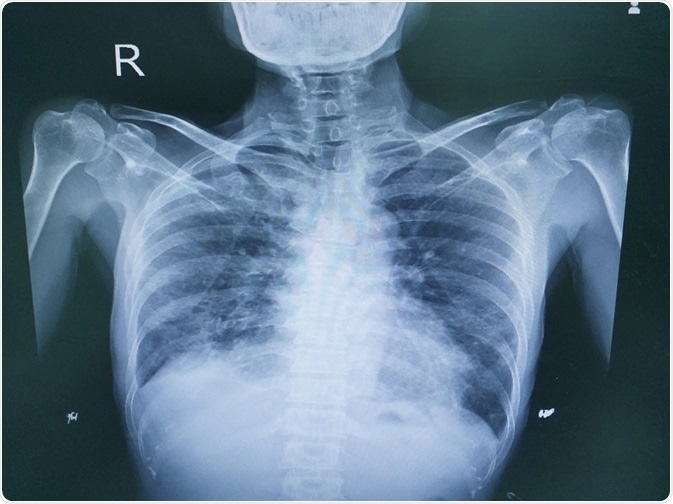 Although there are many known causes of interstitial lung disease, the most common of all types is idiopathic pulmonary fibrosis, which occurs without a known cause. Specific conditions that are classed as idiopathic may include:

Idiopathic lung disease involves damage to the lung tissue resulting from scarring or inflammation without a clearly identifiable cause. There are likely to be several factors that play a role in the pathology, such as genetic and environmental factors, but these are not always clear.

In some cases, environmental or occupational factors may be responsible for the onset of interstitial lung disease, usually due to the inhalation of irritants.

For example, extrinsic allergic alveolitis, also known as Farmer’s lung, can lead to IPF as a result of the inhalation of dust in the farm environment. Similarly, black lung disease can affect coal miners that inhale coal dust in the occupational setting.

Pneumoconiosis is a condition that is a type of interstitial lung disease resulting from exposure to chemicals, such as silicon, asbestos or iron. Specifically, inhalation of asbestos can cause asbestosis, iron can cause siderosis and silicon can cause silicosis.  When these irritants are inhaled that can cause damage to the lung tissue and symptoms of ILD.

Individuals that smoke cigarettes are also at an elevated risk for ILD, as a result of the inhaled toxins.

There are also several systemic diseases that can result in interstitial lung disease, in addition to other effects around the body. Diseases of the connective tissues are the classic example of this type. Multisystem disease leading to IPF may include:

Sarcoidosis is a notable systemic condition that involves the formation of granulomas anywhere around the body, but commonly in the lungs to cause interstitial pulmonary disease.

Adverse drug reactions can also induce interstitial lung disease in some patients. The may include reactions from:

The damage to the lung tissue caused by these medications is highly variable, depending on the length and dose of the treatment.

Severe infections of the lungs can cause permanent damage to the respiratory system, leading to ILD. These infections may include:

Familial pulmonary fibrosis, also known as familial interstitial pneumonia, accounts for a small percentage of patients that have idiopathic pulmonary fibrosis. This occurs when a particular gene mutation is associated with increased susceptibility to scarring and damage to the lungs.

Malignancy has been associated with ILD, due to the pathology of the condition and the treatments to manage it.

Lymphangitic carcinomatosis involves malignant growth in the lung tissue that can lead to the scarring and ILD. Chemotherapy and radiation therapy can both cause damage to the lungs and cause symptoms of ILD.