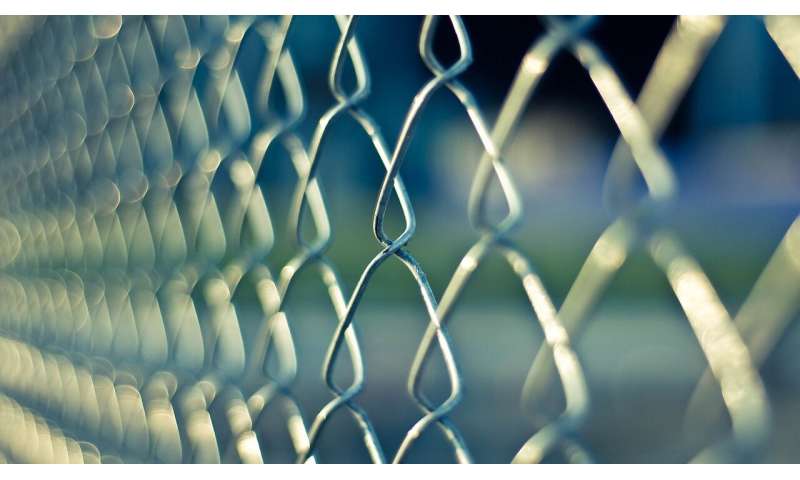 Women prisoners might benefit from female-specific treatment that addresses the traumas common among women.

A new report, launched at the Houses of Parliament today, analyzes the benefits of the Healing Trauma intervention programme currently running in eight of the UK’s 12 women’s prisons.

The report outlines how trauma such as sexual assault, sexual abuse and domestic abuse, which affect mostly women and girls, is often found at the root of major problems faced by women in the criminal justice system.

Almost all the women interviewed had been victims of domestic assault and many had been abused as children.

Lead author of the report, Madeline Petrillo, in the University of Portsmouth’s Institute of Criminal Justice Studies, carried out the small-scale study of the programme.

She said: “We found a significant drop in depression and anxiety after the Healing Trauma programme in the women we worked with. It was a small-scale study, but the indications are that treatment to heal and recover from trauma may hold the key to reducing reoffending.

“It is not a panacea, it can’t undo lifetimes of abusive relationships, addictions, mental health problems or aggression, but it does appear to be having a positive impact on the emotional wellbeing of women who complete the programme.”

The report also argues that offender behavior programmes for men and women are based on male offenders’ behaviour and often fail to address the experiences of victimization common in the lives of female prisoners.

“All the research, including this latest study, suggest that trauma-informed approaches tailored to women may hold the key to reducing reoffending in women,” Ms Petrillo said.

“All too often we see trauma resulting in mental health problems and substance misuse which, in turn, is frequently at the root of offending.

“Women suffering depression are significantly more likely to reconvicted a year after their release.”

Ms Petrillo is a senior lecturer and course leader of the BSc (Hons) in Community Justice in the University’s Institute of Criminal Justice Studies.

She and colleagues gave the women questionnaires and tests before and after they’d taken part in the voluntary programme. They also carried out interviews with focus groups.

Of the 170 women in the seven UK prisons who completed the Healing Trauma programme between March and December last year, 30 agreed to take part in research. The women were aged 21-69.

Most (86 percent) had experienced domestic abuse and half had suffered childhood abuse.

Two thirds had been sexually assaulted by their partner and/or had abused alcohol, prescription drugs, cocaine or heroin before being imprisoned.

Nearly half were receiving treatment for depression or anxiety.

The women told researchers that opening up and talking about their trauma helped, particularly the group sessions, where they found they were not alone in having a secret trauma in their past.

One said: “We’ve all been through some kind of trauma. A lot of them are very similar. At the time it is happening to you, you feel that you’re the only person it’s ever happened to. The shame that comes with a lot of things silences you. But silence breeds the isolation and makes it worse, so sometimes it’s good to speak out.”

Another woman said the programme had helped her see that her previous drug-taking, heavy drinking and aggressive behavior was a mask she had been using to stop thinking about the trauma she had suffered.

One of those interviewed said the programme should be essential in all women’s prisons, adding: “A lot of women (who) end up in prison have been through domestic violence. We’ve all got a big story. Most of us are damaged souls and somewhere we’ve chosen the wrong path and it’s ended us in prison.”

And another said: “I don’t want to go back out and get drunk and get myself in this state… I went out and I ended up coming back. Now I’m really changing my thinking… I’m focused on leaving that behind me and working on staying clean and keeping clean.”