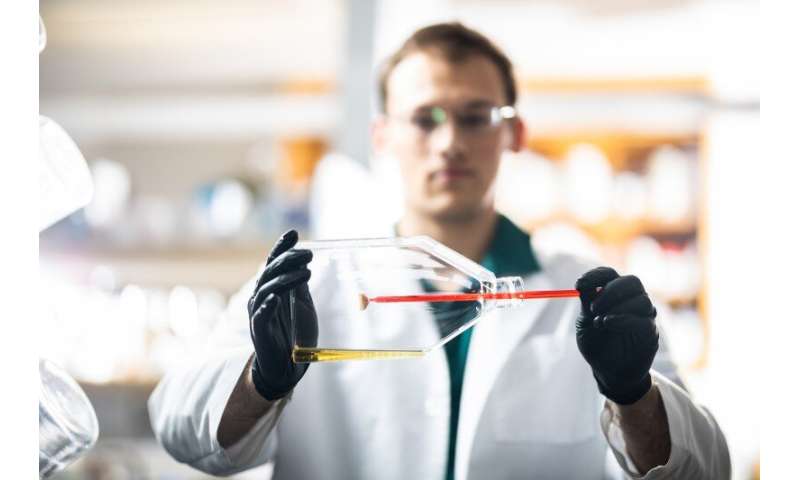 A soccer team is made up of 11 players with each person having a specific role and place on the field. In the world of biology, each individual cell also has many moving parts and pieces, each with specific roles and places to be. If one of those pieces isn’t working correctly, it can affect the entire cell, much like a soccer team doesn’t perform as well if every player is not doing his or her job.

For the past five years, researchers at BYU have studied protein complexes that have the job of regulating cell growth and survival, processes that are essential for cells the grow healthily. Consequently, these protein complexes are also a target for cancer and other diseases.

The team is working to better understand the role and functionality of the complex, named the mechanistic target of rapamycin—or mTOR for short.

Learning more about mTOR and how it works is a stepping stone for others who might look for cancer therapies or ways to help treat diabetes and other diseases.

“We are not developing cancer therapies directly, but we contribute to the fundamental understanding of cellular function that underlies those types of treatments,” said BYU professor and lead author Barry Willardson.

In a study published in Nature Communications, Willardson, along with several BYU students, including current graduate students Nicole Tensmeyer and Grant Ludlam, looked at how the mTOR complexes are assembled.

In a cell, proteins seldom work on their own, they work in complexes with other proteins, much like a soccer team relies on each other to defend and score. In this instance, mTOR has subunits called mLST8 and Raptor, two proteins that help to stabilize mTOR.

“Proteins are made as a linear string of amino acids, but eventually they have to come together into a three-dimensional shape,” Tensmeyer said. “How they fold into this shape affects the way they can function. Additionally, they have to be in a very specific shape to work properly. Sometimes that can happen without assistance but sometimes it needs help getting into that shape, and that’s where a chaperonin comes into play.”

Much like an adult chaperone would watch over a group of children, a chaperonin is a cellular machine that supervises proteins and helps them get folded into the aforementioned specific shapes or get into position to operate correctly. It’s also similar to the way the captain of a soccer team helps guide his teammates to the correct position on the field. In the case of the mTOR complex, a chaperonin called CCT is needed to fold both mLST8 and Raptor and help them assemble with mTOR.

“The folding done by CCT is normally a good thing,” Ludlam said. “But in diseases like diabetes or cancer, mTOR can get out of control. We think if we can stop CCT from folding mLST8 then we can stop the cancer progression.”