Should MRI be Used to Diagnose Prostate Cancer?

With the help of powerful magnetic field and radio waves, MRI creates detailed images of tissues as well as internal organs. This technique does not utilize ionizing radiations such as X-rays. It works on the principle of detecting the change in the direction of rotational axes of protons in body fluids with the help of magnetic and radiation stimuli. 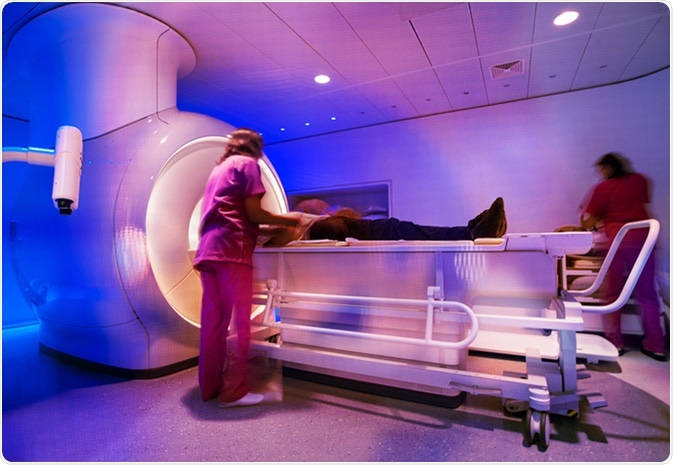 During MRI scan, the patient is required to lie inside a large tube of powerful magnets. Protons in the body fluids are aligned to the strong magnetic field. Upon passage of radio waves, the protons get stimulated and rotate out of the alignment to the magnetic field. The amount of energy released and time taken for realignment of protons to the magnetic field after switching off the radio wave stimulus is detected by the sensors. This information is transcribed and converted to the image format.

Different tissues possess different magnetic properties, and hence the output varies. Moreover, the disease conditions also alter the usual magnetic behavior of the given tissue. This, in turn, reflects the outputs of MRI scan. The entire procedure is programmed and governed digitally.

To reduce the chances of blurring of images due to physical movements, patients are required to remain completely still during the process. Physicians also employ contrast agents such as certain chemicals containing Gadolinium to quicken the response time and enhance the sharpness of the images.

MRI images allow physicians to evaluate the presence as well as the severity of various medical conditions. MRI can be employed in the anatomical diagnosis of diseases in a range of organs, including but not limited to brain, spinal cord, heart, joints, and visceral organs such as prostate and liver.

In addition to diagnosis, MRI also finds its application in monitoring the progress of the treatment. Due to harmless nature of this procedure, it is considered safe for use during pregnancy to monitor the baby. 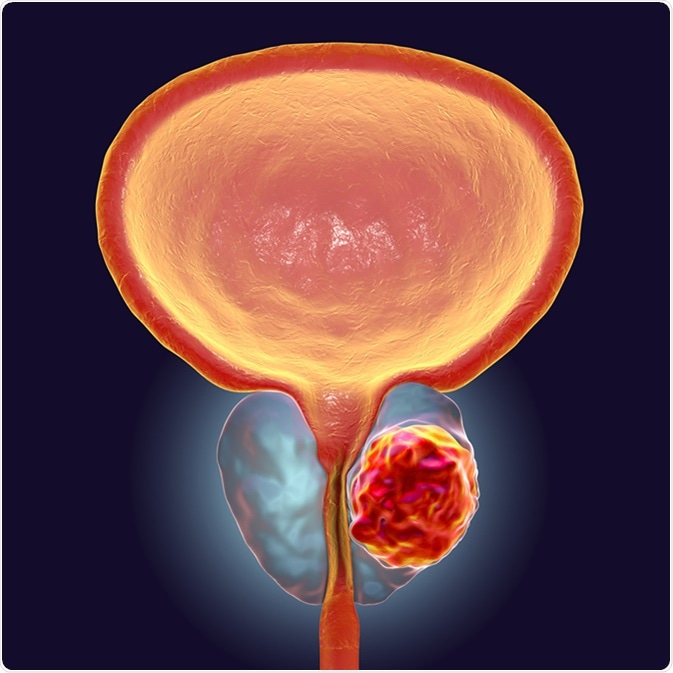 Prostate cancer starts when the cells in the prostate gland begin to grow without restraint. This type of cancer only affects men.

Diagnosis of prostate cancer is usually on the basis of trans-rectal ultrasound (TRUS)-guided prostate biopsy and prostate-specific antigen (PSA) testing, both of which are often not specific enough. A high PSA value does not necessarily imply the presence of a tumor, and similarly, a negative TRUS-guided biopsy does not completely rule out the presence of tumors.

Therefore, in individuals with a high PSA value and negative first biopsy, a more reliable alternative test is needed for confirming (or ruling out) the prostate cancer. Hence, MRI-guided prostate biopsy comes into the play.

For a precise targeting of the tumor, MRI is considered the most suitable imaging technique. Researchers noted a 3- to 4-times higher cancer detection rate in MRI-guided biopsy group compared with conventional biopsy group in a clinical study.

In another study, it was observed that MRI had an 87% positive predictive value for diagnosing anterior tumor foci, which were otherwise difficult to locate in the TRUS-guided prostate biopsy.

An examination of scientific studies from 1984 to 2000 showed that MRI helped predict the prostate cancer stage precisely, at about 50% to 92% of the time.

Further to an accurate diagnosis, MRI is now being used as a tool for the staging of tumors in combination with other clinical parameters. The challenging area though for MRI biopsy is the detection of lymph node metastases, which is an important predictor for prognosis of the disease.

Scientists are testing several approaches such as the use of paramagnetic iron oxide along with MRI-guided biopsy for increasing the sensitivity of the method in diagnosing lymph node metastases. The earlier the metastases are diagnosed, better are the chances of intervention to increase life expectancy.

MRI in Treatment Planning and Monitoring

MRI along with PSA levels and Gleason score is used in the accurate stratification of patients into the risk groups. Clinically low-risk individuals have thus advised active surveillance, while those with advanced tumor grades are treated further with surgical or non-surgical options.

Also, in the patients receiving medications or radiation therapy for treatment of prostate cancer, MRI biopsy is a tool of choice for periodic assessment of the progression and corresponding adjustment of the treatment regime.

Should MRI be Used to Diagnose Prostate Cancer?
Latest Posts