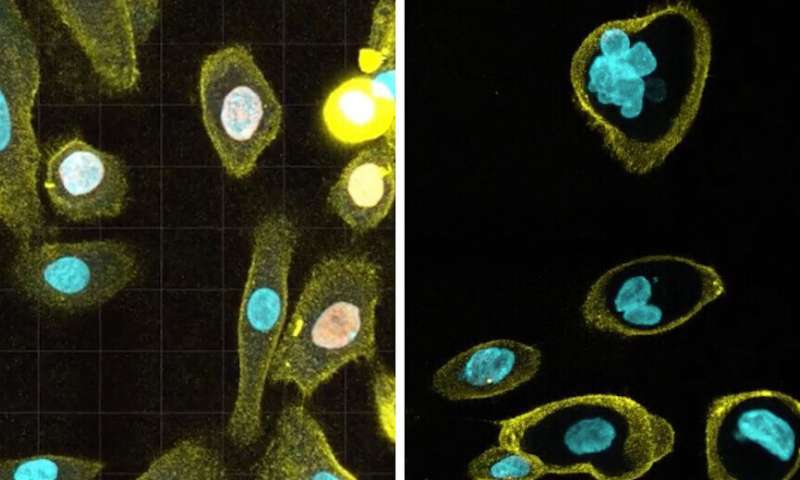 New research from the USC Viterbi School of Engineering could be key to our understanding of how the aging process works. The findings potentially pave the way for better cancer treatments and revolutionary new drugs that could vastly improve human health in the twilight years.

What causes cells to age?

To achieve this, lead author Alireza Delfarah, a graduate student in the Graham lab, focused on senescence, a natural process in which cells permanently stop creating new cells. This process is one of the key causes of age-related decline, manifesting in diseases such as arthritis, osteoporosis and heart disease.

“Senescent cells are effectively the opposite of stem cells, which have an unlimited potential for self-renewal or division,” Delfarah said. “Senescent cells can never divide again. It’s an irreversible state of cell cycle arrest.”

The research team discovered that the aging, senescent cells stopped producing a class of chemicals called nucleotides, which are the building blocks of DNA. When they took young cells and forced them to stop producing nucleotides, they became senescent, or aged.

“This means that the production of nucleotides is essential to keep cells young,” Delfarah said. “It also means that if we could prevent cells from losing nucleotide synthesis, the cells might age more slowly.”

Graham’s team examined young cells that were proliferating robustly and fed them molecules labeled with stable isotopes of carbon, in order to trace how the nutrients consumed by a cell were processed into different biochemical pathways.

Scott Fraser and his lab worked with the research team to develop 3-D imagery of the results. The images unexpectedly revealed that senescent cells often have two nuclei, and that they do not synthesize DNA.

Before now, senescence has primarily been studied in cells known as fibroblasts, the most common cells that comprised the connective tissue in animals. Graham’s team is instead focusing on how senescence occurs in epithelial cells, the cells that line the surfaces of the organs and structures in the body and the type of cells in which most cancers arise.

Graham said that senescence is most widely known as the body’s protective barrier against cancer: When cells sustain damage that could be at risk of developing into cancer, they enter into senescence and stop proliferating so that the cancer does not develop and spread.

“Sometimes people talk about senescence as a double-edged sword, that it protects against cancer, and that’s a good thing,” Graham said. “But then it also promotes aging and diseases like diabetes, cardiac dysfunction or atherosclerosis and general tissue dysfunction,” he said.

Graham said the goal was not to completely prevent senescence, because that might unleash cancer cells.

“But then on the other hand, we would like to find a way to remove senescent cells to promote healthy aging and better function,” he said.

Graham said that the team’s research has applications in the emerging field of senolytics, the development of drugs that may be able to eliminate aging cells. He said that human clinical trials are still in early stages, but studies with mice have shown that by eliminating senescent cells, mice age better, with a more productive life span.

“They can take a mouse that’s aging and diminishing in function, treat it with senolytic drugs to eliminate the senescent cells, and the mouse is rejuvenated. If anything, it’s these senolytic drugs that are the fountain of youth,” Graham said.

He added that in order for successful senolytic drugs to be designed, it was important to identify what is unique about senescent cells, so that drugs won’t affect the normal, non-senescent cells.