A pulmonary embolism (PE) is a potentially fatal blockage of an artery in the lungs. The nature of the blockage is typically a blood clot, fat agglomeration, bubble of gas, or a piece of foreign material, known as an embolus.

When an artery is blocked, blood ceases to be able to pass by the occlusion. This prevents oxygen from reaching the tissue, and can cause serious damage to the affected area. PE can also cause low oxygen levels in the blood and, therefore, damage to other organs in the body, as they suffer from a lack of oxygen.

If a patient has a particularly large embolus, or several emboli, they may be at risk of death. As PE can be extremely serious, causing mortality within hours of an incident, it is important to recognize some of the symptoms. Shortness of breath, breathing problems, chest pain, coughing, and arrhythmia are frequently associated with PE.

Risk factors for PE include:

If left untreated, approximately 30% of PE sufferers will die as a result of the condition.

Deep vein thrombosis (DVT), is the formation of a blood clot within a vein in the leg, and is associated with high risk of PE. If this clot is dislodged, it may block an artery in the lungs. DVT typically develops after long periods of inactivity, if there is damage to the artery lining, or if a patient has blood that is thicker or more likely to clot than normal. It is also common in patients who are overweight or obese.

A complication of PE is chronic thromboembolic pulmonary hypertension (CTEPH), affecting approximately 4% of patients within two years of a PE diagnosis. Patients suffering from CTEPH typically present late in the onset of the disease, which is associated with considerable morbidity and mortality.

CTEPH is characterized by an increased resistance to blood flow through the pulmonary arteries, which usually results from obstruction. Patients with acute PE are considered to be at high risk of this disease, due to clots restricting their blood flow.

PE is typically treated with an anticoagulant, to prevent the clotting of blood, and reducing the risk of a blockage occurring. Recently, novel oral anticoagulants have been prescribed to treat patients. Dependent on the prognosis and frequency of the emboli, anticoagulant therapy may vary in duration.

If PE is left untreated for too long, more drastic measures may be required. Thrombolytic medications can be used to quickly break down the blockage. These are only used in drastic situations, as they may cause sudden bleeding, and further complications.

Surgery may be used to remove the clot. A long, flexible tube, known as a catheter, is inserted into a vein in the patient’s arm or groin, and threaded through the body to the site of the clot. At this point, drugs may be delivered directly, or the doctor may use mechanical force to break down the clot and remove it from the body. 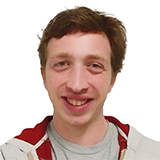 Oliver graduated from Imperial College London, after doing a research-based Masters in Bioengineering. He is currently a Ph.D student at Cambridge University, where his research involves lots of fiddly work with cells. His spare time is spent climbing, cycling, riding motorbikes, and making games using 3D printing and laser cutting.