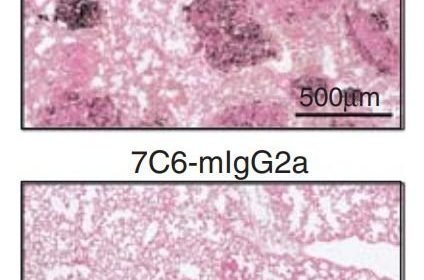 A team of researchers with the Dana-Farber Cancer Institute and Brigham and Women’s Hospital in the U.S. has found that introducing an antibody into a cancerous mouse model prevented the escape of ligands from a tumor surface allowing natural killer cells to attack. In their paper published in the journal Science, the group describes their technique and how well it worked. Lewis Lanier with Heidelberg University, Medical Faculty Mannheim in Germany offers an overview of the work done by the team in a Perspective piece in the same journal issue and also gives an overview of immunotherapy research in general.

After some searching, the team settled on an antibody called mAb 7C6—they found that when applied to mouse models with lung cancer and melanoma, the antibody caused levels of both MICA and MICB to increase on tumor surfaces, suggesting that the tumor had been unsuccessful in shedding them. Furthermore, they also found that killer immune cells were then alerted to the tumor and attacked it, which, the researchers report, resulted in a reduced tumor load.