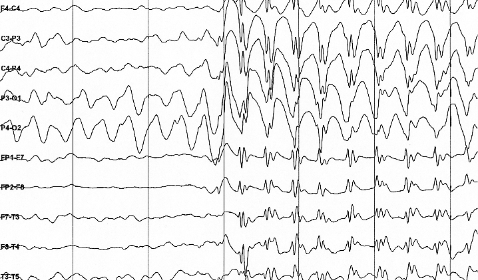 Research by Cardiff University has uncovered the brain activity that underlies absence epilepsy, offering new hope for the development of innovative therapies for this disabling disease.

Absence epilepsy—the most common form of epilepsy in children and teenagers—causes episodes of lack of awareness which are often mistaken for daydreaming. The brain activity that causes this form of epilepsy has remained poorly understood, until recent research has observed this activity for the first time.

An international team of researchers led by Professor Vincenzo Crunelli, from Cardiff University’s School of Biosciences, investigated the types of electrical activity that occurred in the brains of mice during an absence seizure.

Professor Crunelli said: “Although the origin of absence epilepsy remains poorly understood, we do know that if we monitor the electrical activity in the brain during a seizure, we see peaks in the activity called spike and wave discharges.

“We also know that synchronous activity in a part of the brain called the thalamocortical network, which is organised in a feedback loop, underlies the appearance of these spike-wave discharges.

“But the relationship between the brain cell activities in this loop, and how these relationships lead to the brain activity in absence seizures, is strongly debated.”

The group of researchers from Cardiff University, University of Malta, Centre National de la Recherche Scientifique and the University of Szeged in Hungary, simultaneously recorded brain activity between several different brain areas during absence seizures for the first time. This allowed them to observe the relationships between the different regions of the brain during an absence seizure, and they found that it played a role in the presence of the spike and wave discharges.

“We also uncovered that, contrary to what was previously thought, the properties of the cells in the thalamocortical loop aren’t really involved in the development of the spike and wave discharges.

“This work is the first time this network activity has been observed during absence seizures in models of epilepsy, and puts an end to long-lasting controversies in the development of these spike-wave discharges.