International guidelines have been published for the first time to help doctors around the globe diagnose and manage patients with a very rare set of endocrine diseases known as pseudohypoparathyroidism and its related disorders, including Albright hereditary osteodystrophy (AHO).

It’s the realization of a long-term goal for physician-scientist Dr. Emily Germain-Lee of the UConn School of Medicine and Connecticut Children’s Medical Center, who was one of the guidelines’ co-authors.

Germain-Lee specializes in research and treatment of AHO, a rare inherited bone disorder caused by a genetic mutation, often leading to short bones and short stature. It is also frequently accompanied by severe multi-hormonal dysfunction in the body. The disease’s two subtypes can be the more severe pseudohypoparathyroidism type 1a, or the more mild form called pseudopseudohypoparathyroidism.

Children born with one of these rare diseases may face a wide spectrum of health issues from infancy through adulthood, including hormonal dysfunction, shortened bones, fingers or toes, short stature due to premature closure of growth plates, excessive obesity from infancy, and painful excess bone deposit growths under their skin or, in related disorders, even deeper inside their body.

Patients’ hormonal deficiencies most notably may include resistance to parathyroid hormone (PTH), secreted by the neck’s parathyroid gland essential for bone health and calcium production; resistance to growth hormone-releasing hormone (GHRH) with resultant growth hormone (GH) deficiency also affecting their ability to reach a normal height; and resistance to thyroid-stimulating hormone (TSH) made by the brain’s pituitary gland that is responsible for regulating the body’s energy levels, weight, and even mood.

“Some patients with more severe types of the disorder have very difficult lives, and parents wonder if their children will ever be able to function on their own,” says Germain-Lee, who has dedicated most of her 25-year career to caring for patients with this group of rare and potentially devastating genetic diseases while working to translate her research finding insights and promising therapies in the laboratory to improve their health and quality of lives.

Germain-Lee has cared for more than 600 patients with these disorders, more than any other doctor in the world. In October 2016, she moved her Albright Center, the first clinic of its kind in the world, from Kennedy Krieger Institute/Johns Hopkins School of Medicine to Connecticut’s UConn School of Medicine, where she serves as professor of pediatrics, and Connecticut Children’s, where she serves as chief of pediatric endocrinology and diabetes.

As one of 46 co-authors of the new guidelines recently published in the journal Nature Reviews Endocrinology, Germain-Lee traveled to France this past spring for a summit organized by colleagues in Europe, Drs. Linglart, Mantovani, and de Nanclares, in order to begin building the first consensus guidelines with the world’s other leading physician-scientist experts in the field and even some patients battling the disorder.

“This family of disorders is not treated appropriately or in a consistent manner throughout the world due to its rarity,” Germain-Lee says. “As a result, the patients suffer. This is the first time consensus guidelines have ever been done. The new guidelines are a true accomplishment, with everyone coming together to improve the care of these patients worldwide.” 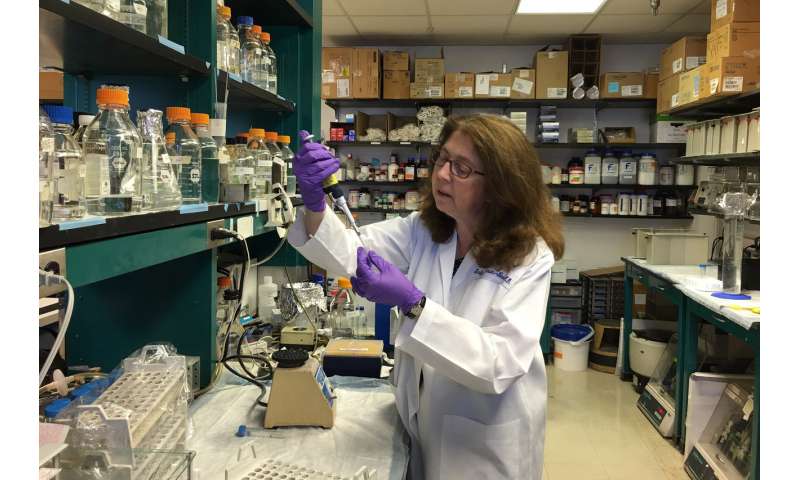 She says colleagues around the world were all facing the same question – what to do for these patients, who are often desperate for medical help and answers? “My dream was that one day a consensus would be written, explaining what these disorders are and what doctors need to look for. This dream has finally come true.”

The newly issued guidelines outline the key criteria for screening and diagnosing the rare disorders, and the critical need for confirming a diagnosis with genetic testing. Experts are also calling for a coordinated and multidisciplinary care approach for patients from infancy through adulthood to improve care. Plus, they call for launching the first international clinical trials to focus on the management and outcomes of patients being treated, with long-term study follow-up.

“Genetic testing is key,” says Germain-Lee. “A patient may seem to have one type of this rare disorder, but we need to remember to keep digging and examining a patient for all subtypes since understanding a patient’s specific mutation can help us predict the severity of the disease.”

She is excited that the new guidelines call for human growth hormone treatment for the vast majority of patients with the rare disease who are at risk for short stature due to growth hormone deficiency. She has been conducting very long-term clinical trial studies of patients who travel to see her from around the world showing the promising benefits of growth hormone treatment in those who are growth hormone-deficient, and its ability to drastically increase a patient’s short stature to their original destined height potential, while also improving their lipid levels and obesity. Her research is in the final stages and working toward gaining FDA approval of the therapy, which would be the first new therapy for the disorder in 70 years.

Fifteen years ago, Germain-Lee’s research was the first to discover that part of the reason why patients with AHO are short is that two-thirds of them have GH deficiency. This was published simultaneously in the Journal of Clinical Endocrinology & Metabolism with an article by colleagues in Europe who had similar findings.

While the exact prevalence of these rare disorders is unknown, Germain-Lee estimates that about 1 in up to 15,000-20,000 people may be affected. She believes however that due to the rarity of the disorder and lack of awareness, diagnosis may often be missed, misdiagnosed, or delayed in children, leading to their under-treatment for hormone deficiencies, obesity, painful and disabling bone abnormalities, or neurocognitive development delays such as delayed speech and learning disabilities. Also, children are at higher risk for a host of family, school, and behavioral issues, from psychological issues such as obsessive-compulsive disorder, attention deficit hyperactivity disorder, or autism; bullying due to their deformities or obesity; and low-self-esteem.

In up to 90 percent of patient cases, there is a molecular cause that can be traced to an inherited genetic mutation affecting G protein-coupled hormonal signaling involving the GNAS, PRKAR1A, PDE4D, or PDE3A genes. Interestingly, in AHO, there is a unique mechanism of transmission, with the most severe forms inherited from a mother’s affected gene and less severe forms passed down through a father’s affected gene.

With funding from NIH, Germain-Lee’s laboratory is currently investigating the genetic culprits behind the wide array of cognitive and behavioral abnormalities this patient population experiences. She is also on the hunt for biomarkers comparing her genetically-engineered mouse model of the rare disease in the lab to what she is learning in her clinic to better understand the best course of prevention or intervention. In addition, she is working to elucidate the basis for the development of the painful and debilitating bone deposits under the skin to find a way to prevent them. She recently published her 16-year investigation of the evolution of these bone deposits in AHO in the Journal of Clinical Endocrinology & Metabolism and found that the severity of these bone growths correlates to the severity of the mutations involved.