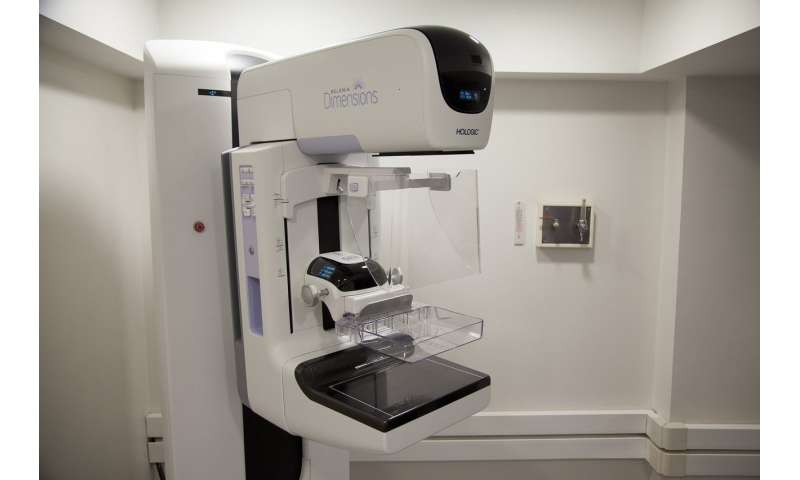 Regular screening mammograms are unlikely to benefit women 75 and older who have chronic illnesses such as cardiovascular disease or diabetes. New data suggest they would likely die due to other health conditions before they developed breast cancer.

“Our findings shed light on what age may be the best stopping point for mammography. If you have chronic illnesses after age 75, our findings do not support continuing mammograms,” said senior author Dejana Braithwaite, Ph.D., an associate professor of epidemiology and oncology at Georgetown Lombardi Comprehensive Cancer Center.

Using data from Medicare claims and the Breast Cancer Surveillance Consortium—which gathers the largest set of data in the world on older women who receive mammograms as the United States is one of the few countries to continue screening women into their 80s and sometimes 90s—the researchers found that for women who lived past age 75, fewer cases of new invasive breast cancer and ductal carcinoma in situ (DCIS), a non-invasive pre-malignant growth, occurred.

“This study examined who is not likely to benefit from screening mammography after 75 years of age,” said co-author, Karla Kerlikowske, MD, a professor of medicine at UCSF and physician at UCSF-affiliated San Francisco VA Medical Center. “We hope that future research efforts can build on our evidence and inform discussions about optimal screening strategies for older women.”

The United States Preventive Services Task Force notes that there is not enough evidence to recommend for or against screening women age 75 or older. Many breast cancer programs in Europe stop screening women between the ages of 69 and 74.