Scientists have discovered that kidney cancer follows distinct evolutionary paths, enabling them to detect whether a tumour will be aggressive and revealing that the first seeds of kidney cancer are sown as early as childhood.

The three Cancer Research UK funded studies, published in the journal Cell, shed light on the fundamental principles of cancer evolution and could lead to future clinical tests to give patients more accurate prognoses and personalised treatment.

In the first two papers, the TRACERx Renal team, based at the Francis Crick Institute, UCL, The Royal Marsden NHS Foundation Trust, and Guy’s and St Thomas’ NHS Foundation Trust, analysed over 1,000 tumour samples from 100 kidney cancer patients in order to reconstruct the sequence of genetic events that led to the cancer in each patient.

The analysis reveals that there are three evolutionarily distinct types of kidney cancer. The first type follows a slow evolutionary path, never acquiring the ability to become aggressive.

The second type, by contrast, forms the most aggressive tumours, which evolve through a rapid burst of genomic damage – including changes that affect large chunks of the genome – early on in the cancer’s development. This gives the tumour all it needs to spread to many other parts of the body, often before the primary cancer is diagnosed. 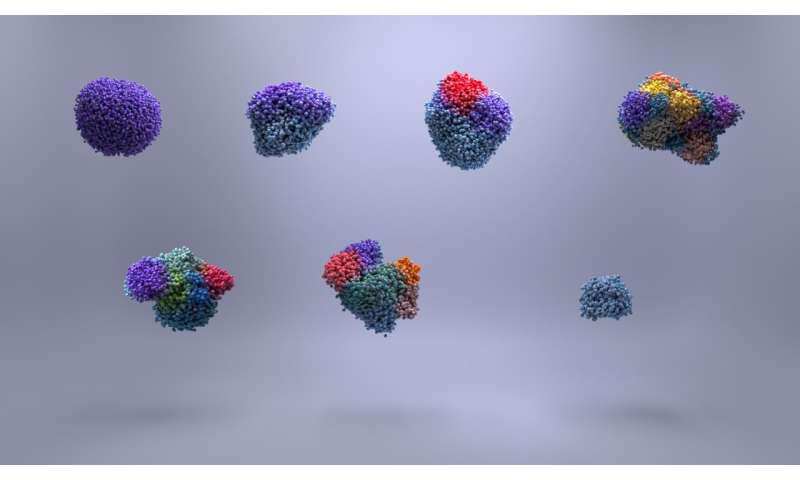 The third tumour type acquires the ability to spread through a gradual accumulation of genomic damage. They typically spread over a longer period of time, often to just one site. These tumours are composed of many different populations of cancer cells, some of which are aggressive.

The researchers were able to confirm their findings by analysing tumour samples obtained after death from patients in the post-mortem tumour sampling study, PEACE.

Lead author Dr Samra Turajlic, Cancer Research UK clinician scientist at the Francis Crick Institute and consultant oncologist at The Royal Marsden said: “The outcomes of patients diagnosed with kidney cancer vary a great deal – we show for the first time that these differences are rooted in the distinct way that their cancers evolve.

“Knowing the next step in cancer’s evolutionary trajectory could tailor the treatment choice for individual patients in the next decade. For instance, patients with the least aggressive tumours could be spared surgery and monitored instead, and those with gradually evolving tumours could have the primary tumour surgically removed even after it has spread. Unfortunately, surgery is unlikely to halt the ‘born to be bad’ tumours that are aggressive at the earliest stage, highlighting the need for early detection programmes.”

The researchers also analysed the traits that distinguish cells in the primary tumour that lead to secondary tumours, from those that never leave the primary tumour site. The cells that could spread were distinguished by changes at the chromosome level rather than mutations in genes. In particular, two specific chromosome changes that drive metastatic spread were found that could serve as a useful marker to identify patients that are at risk of metastatic disease.

Michael Malley, 72, a Royal Marsden patient who took part in the TRACERx study, said: “I have always believed in helping where I can to advance scientific research. For this research, I had additional testing on the kidney cancer that was removed by surgery, and will have blood tests for research purposes throughout my cancer journey. Clearly studies like these are really important for understanding how kidney cancer evolves over time, and I hope this one day leads to better treatments for patients like me.”

The study’s corresponding author Professor Charles Swanton, Group Leader at the Francis Crick Institute and UCL, and Cancer Research UK’s chief clinician, said: “Understanding how cancers develop and evolve over time is likely to be critical in helping us piece together the information that will point the way to new treatment approaches and predicting outcomes. In this study we show that large changes in the genome appear to be a particularly high risk factor for early progression and death following surgery. We hope that in the future this work will help tailor surgical and medical intervention to the right patients at the right time.”

The third paper in this TRACERx Renal study, which was co-led by researchers at the Wellcome Sanger Institute in Cambridge, analysed the earliest events that trigger kidney cancer development. It shows they can take place in childhood or adolescence, up to 50 years before the primary tumour is diagnosed. The results present an opportunity for monitoring and early intervention in the treatment of kidney cancer, particularly in high-risk groups, such as those with an inherited risk of developing the disease.

Dr Peter Campbell, corresponding author from the Wellcome Sanger Institute, said: “We can now say what the initiating genetic changes are in kidney cancer, and when they happen. What is remarkable is that the hallmark genomic event that characterises kidney cancer takes place on average 40 to 50 years before the cancer is diagnosed. These first seeds are sown in childhood or adolescence – knowing the sequence of events and their timings opens opportunities for early intervention.”

Sir Harpal Kumar, Cancer Research UK’s chief executive, said: “For years, we’ve grappled with why patients with seemingly very similar diagnoses have such vastly different outcomes – some dying very quickly and some surviving for decades after treatment. These ground-breaking studies help us unravel this conundrum.