In Congo, a new and less isolating Ebola treatment center 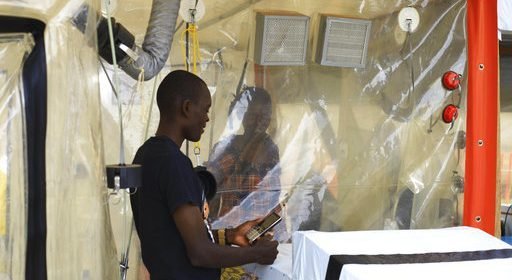 Two times a day, Kasereka Mulanda comes to a new kind of Ebola treatment center to visit his wife, easing the isolation of a highly contagious disease.

Stepping to the clear plastic sheeting around the cubicle where his wife is staying, he can speak with her without the need for a protective suit. In a part of Congo that faces a deadly Ebola outbreak for the first time, the contact is reassuring.

“When she looks at me and smiles and asks how our two children are doing, I tell her they are well,” the 24-year-old Mulanda said. “I feel that we are together again and that she will quickly return home.”

The current Ebola outbreak in northeastern Congo, declared on Aug. 1, has become a testing ground in more ways than one. Over 7,000 people have received an experimental Ebola vaccine. More than two dozen have received one of several experimental treatments. Simply combating the virus is a challenge in a densely populated region, roamed by multiple armed groups, that health workers have called a war zone.

Now one aid group for the first time is treating confirmed Ebola victims in what is called the CUBE, individual biosecure units used in emergencies involving highly infectious diseases. ALIMA (The Alliance For International Medical Action) runs the 18-bed center in Beni. 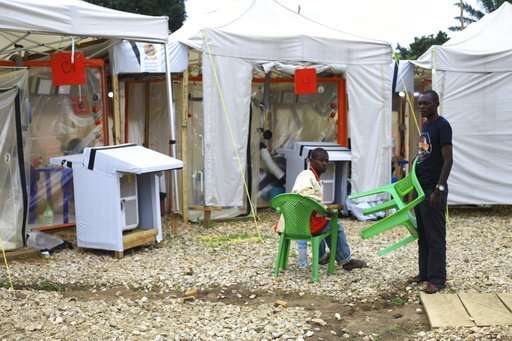 The cubicles, which have been used in outbreaks of Lassa fever in Nigeria and Marburg in Uganda, allow the treatment of Ebola to be more social for worried families, said Dr. Oummani Rouafi, ALIMA’s medical coordinator.

“It is very much unlike other centers where civilians cannot enter the treatment tents or approach what we call the ‘red zone,'” said Claude Mahoudeau, the organization’s emergency response coordinator in Beni.

With the cubicles, health workers can largely operate without the protective equipment that posed a sweaty, humid challenge in the devastating West Africa outbreak in 2014-2016, instead treating patients via external arm holes. 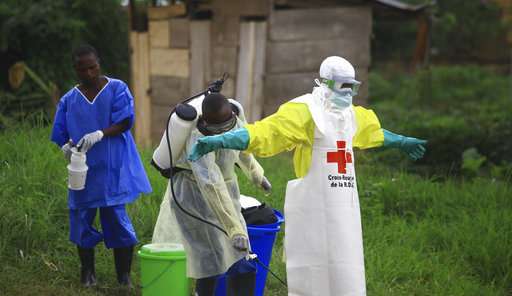 Health workers are tracking thousands of contacts of people and trying to persuade residents to use safe burial and other practices to limit the virus spread by the fluids of infected people.

The World Health Organization has expressed optimism that the efforts are working, but worries remain that the virus could spread into areas of active attacks by armed groups where it is unsafe to operate. 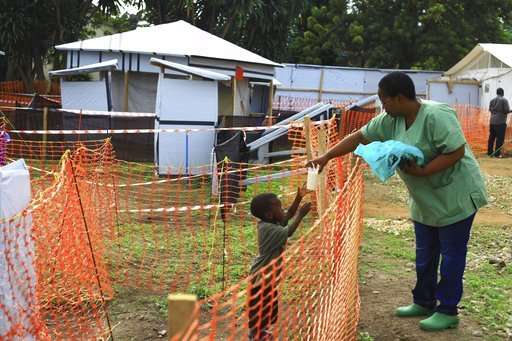 The threat was made clear Monday when suspected Allied Democratic Forces rebels killed a civilian close to a base of the U.N. peacekeeping mission near Beni. Djamali Mussa, head of civil society in the community of Mavivi, condemned the attack and called for more security for health workers.

At the new Ebola treatment center, fears about the hemorrhagic fever are calmed to some degree as family members pull up molded plastic chairs to the cubicles and even hold up small children to say hello.

While Mulanda said he likes the approach, he is eager to bring his wife home.

“We’ve been married for six years and it’s difficult to be alone and do the chores alone,” he said. 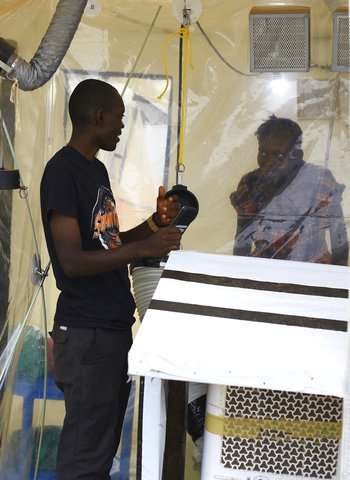