How Does a Creative Brain Work? 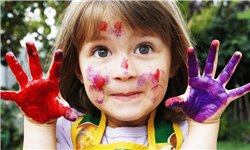 There is a common perception that the right-side of our brain is responsible for logic and analysis, while the left side is responsible for innovation and creativity. An extension of this understanding states that those who think more with the right side of their brains are more logical and have greater analytical skills, while those who are more inclined towards the left side of their brain are more creative and have greater innovative capabilities.

However, science is increasingly disproving this simplistic view of how the brain works, and recent research suggests that the brain uses multiple segments within it, as needed, to produce the outcome that the host desires. Of course, now the question arises, how come some people are more creative than others? Well, according to recent research, the secret to creativity may lie in the physical composition of the brain, and we may be able to influence it.

What Makes Our Brain Creative? Scientists have used the functional magnetic resonance imaging technology, or the fMRI for short, to gather brain activity data for the past couple of years to understand why some people think differently than others. Many studies have focused on checking the brain’s response to different stimuli, such as writing poetry or sketching an art piece, hoping to find a region in the brain that activates while performing exceptionally creative tasks.

However, the outcome of these studies showed something different. Instead of highlighting one region of the brain, they showed how different regions of the brain, otherwise completely disconnected in function, work together in coordination when a person performs a novel task.

How Does Our Brain Work?

A recent study has delved deeper to better understand how the brain works. The study included 163 participants who had to undergo different tests under fMRI. The test was simple: subjects were handed a common object and they had to figure out the most creative use of it within 12 seconds. The outcomes were ranked according to the level of originality involved and the depth of creativity employed by the test subjects. The Definition of Creativity

According to Roger Beaty, one of the authors of the study, the definition of creativity is the ability to figure out novel useful solutions to everyday challenges. For example, if test subjects were handed a sock, the unoriginal and common response would be to simply wear it, whereas the novel useful idea would be to develop a water filter with it.

It’s all about Brain Networks

The Synchronization Between Different Brain Networks Results in Creativity

According to Beaty, synchrony between the different brain networks is important as far as creativity is concerned. More creative people are those who can activate these otherwise distinct brain networks simultaneously and flexibly, making them work in unison to achieve a common goal.

Can We Calculate Creativity?

The study became more interesting when it resulted in the development of a model that could predict the level of creativity in a person’s thinking simply by conducting fMRI scans, which was not possible before. By taking a new sample of test subjects, a model was developed successfully. Commenting on the success of the model, Beaty said that the stronger the connections between these brain networks are, the more creative a person is with his/her thought process.

Of course, this is only one step forward in the human endeavour of understanding how our own brain works. Further studies are being conducted to assess how these brain networks can be influenced to improve performance or whether they can be modified to make a person more creative in thinking. Impact of brain training classes is also being assessed to figure out whether, through brain exercises, brain networks can be improved or not.