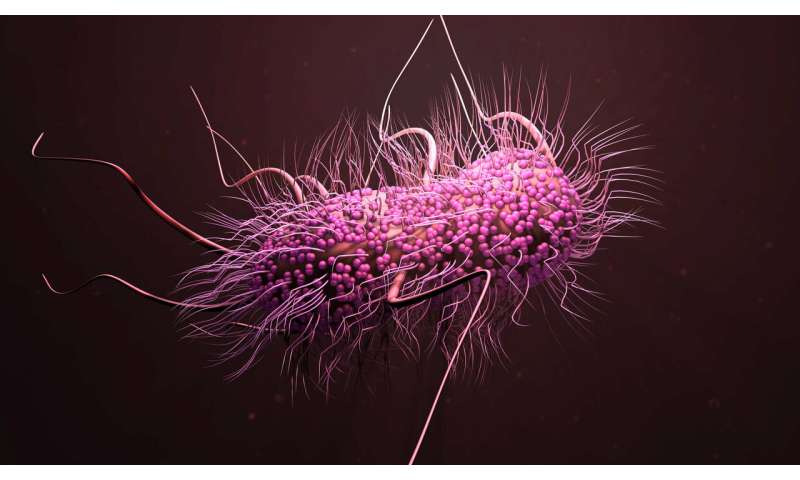 A new antibiotic developed by a Flinders University researcher is being heralded as a breakthrough in the war against a drug resistant superbug.

Bacteria are winning the fight against antibiotics as they evolve to fight off traditional treatments, threatening decades of advancements in modern medicine, with predictions they will kill over 10 million people by 2050.

The scientific development of new, effective and safe antibiotics is crucial in addressing the ever-growing threat posed by drug resistant bacteria around the world.

Clostridium difficile infection (CDI) is a potentially deadly infection in the large intestine most common in people who need to take antibiotics for a long period of time, particularly in Australia’s ageing population.

“Cases of CDI disease are rising and the strains are becoming more lethal. If there is an imbalance in your intestines it can begin to grow and release toxins that attack the lining of the intestines which leads to symptoms,” says Dr. Boulos.

Over the past ten years, various strains of C. difficile have emerged, and are associated with outbreaks of severe infections worldwide. One particular strain is easily transmitted between people and has been responsible for large outbreaks in hospitals in the United States and Europe.

“It’s concerning when you consider CDI is one of the most common infections acquired during hospital visits in the Western hemisphere, and the most likely cause of diarrhoea for patients and staff in hospitals.”

But when doses of a new antibiotic called Ramizol were given to hamsters infected with a lethal dose of the bacteria, a significant proportion of hamsters survived the infection.

In a recent safety study in rats evaluating the effect of repeated exposure of the antibiotic, no rats experienced serious side effects or changes in weight.

“Our research indicates Ramizol is an extremely well-tolerated antibiotic in rats, with good microbiology and antioxidant properties. It also has high chemical stability and is scalable because of the low cost of manufacturing, which could make it a viable treatment option.”

Forty-eight rats were given a high dose of a new class of antibiotic for 14 days to assess its safety.

The research, which was undertaken jointly by Boulos & Cooper Pharmaceuticals, US- based Product Safety Labs and ToxStrategies and Flinders University was recently published in journal Scientific Reports.

“We are pleased with these results for two reasons. Firstly, we were able to give the rats a very high dose without mortalities or side effects,”

“Additionally, there were no changes in mean body weight, weight gain, food consumption or food efficiency for male and female rats attributable to Ramizol.”