Enrollment has begun in an early-stage clinical trial testing the safety of two human monoclonal antibodies (mAbs) designed to treat people infected with Middle East respiratory syndrome coronavirus (MERS-CoV). The trial is sponsored by the National Institute of Allergy and Infectious Diseases (NIAID), part of the National Institutes of Health, and is funded in part by the Biomedical Advanced Research and Development Authority, part of the Office of the Assistant Secretary for Preparedness and Response, Department Health and Human Services.

The first recognized case of MERS was reported in Jordan in 2012. Since then, MERS-CoV has spread to 27 countries. As of May, 2,206 laboratory-confirmed cases have been reported to the World Health Organization. Those cases include 787 deaths, a fatality rate of about 36 percent.

The mAbs, REGN3048 and REGN3051, were discovered and developed by scientists at the biotechnology company Regeneron, headquartered in Tarrytown, New York. Subsequently, researchers at Regeneron and the University of Maryland School of Medicine demonstrated the ability of the antibodies to neutralize MERS-CoV in a mouse model of MERS. The new NIAID trial is the first to test these mAbs in people.

The study will enroll 48 healthy adults between the ages of 18 and 45 years at WCCT Global, a clinic in Cypress, California. Participants will be divided into six groups of eight, with two people in each group receiving an inactive placebo and the remaining six receiving both experimental mAbs delivered intravenously. The study is blinded, meaning neither the study staff nor the participants will know whether a placebo or the mAb is being administered. Participants in the initial cohort will receive the lowest dosage of the experimental antibodies, 1.5 milligrams (mgs) of each mAb per kilogram (kg) of the volunteer’s weight. Participants in successive cohorts will receive increasing dosages until the highest dosage (75 mg/kg of each mAb) is reached in the sixth group.

Decisions to continue the trial and to administer the escalating doses of mAbs will be made by an independent safety review committee (SRC) whose members will have access to safety and tolerability data throughout the trial. The SRC will meet at regularly scheduled intervals to determine if any pre-established criteria have been met that would require the trial to be halted. If there are no safety concerns, the trial will proceed to enroll participants into the next higher dosage cohort. The study is expected to be completed by June 2019. 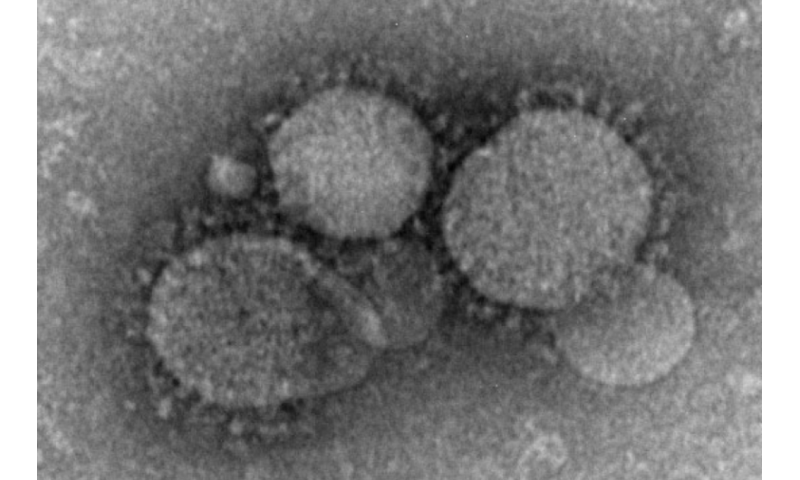