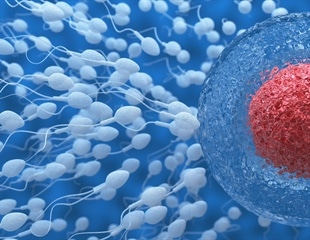 A hydatidiform mole is known as gestational trophoblastic disease (GTD) in medical terminology. There are two types of benign GTD, a complete mole and a partial mole.

All human cells contain a full complement of 46 chromosomes. These are actually composed of two sets of 23 pairs of chromosomes. One chromosome from each pair is inherited from the father and one from the mother.

The reproductive cells – the sperms in the male and the ova in the female – are specialized by splitting the chromosome pairs during cell division. As a result, only one member of each pair enters the resulting daughter cell and each sperm or ovum contains only 23 chromosomes. Each of them may have come from the father or the mother of the individual.

When a sperm fertilizes or penetrates the cell wall of the ovum, it shoots its genetic material (23 chromosomes) into the ovum. As the two sets of DNA come together, a new cell is formed, the zygote, which can develop into a new human being.

Some mistakes happen, however. For instance, both sets of chromosomes may fail to un-pair during cell division. This results in the entire DNA entering only one of the daughter cells, with the other one remaining empty. When an empty ovum is fertilized, it contains only 23 paternal chromosomes. Mostly these ova die. If they develop, there is only excessive trophoblastic development in the form of small fluid-filled cysts – the complete hydatidiform mole. No fetal tissue is formed.

In a few other cases, two sperms manage to fertilize the ovum at the same time, resulting in excess genetic material. Rarely, one sperm with two sets of DNA fertilizes one ovum.

The resulting pregnancy is a partial mole. This is mostly trophoblastic in development, with stunted fetal part development and overabundant placental proliferation with cyst formation. What little fetal tissue is formed is partial, and this condition is called a partial mole.

Both types of molar pregnancy fail to produce a healthy living baby due to the chromosomal anomaly.

The tissue in the complete hydatidiform mole is usually diploid, but the entire DNA comes from the father. In other words, the paternal DNA replicates following fertilization. In most cases, the karyotype is 46, XX karyotype, but it may also be 46, XY.

This latter occurs when two sperms simultaneously fertilize an empty ovum. In very rare cases, a triploid genome may lose one set of chromosomes (maternal) to result in a diandric zygote. The effects of this are attributed to abnormal genomic imprinting, in which the maternal effects upon development are completely absent.

Microscopic examination shows a mass of hydropic or swollen chorionic villi, and hyperplastic trophoblastic tissue. The vesicles are formed by the edematous villi. A fetus is completely absent.

In the case of a partial mole, the tissue is triploid. Two copies of the DNA come from the father (diandric) and one from the mother. The mechanism is either dispermic fertilization or fertilization by a sperm whose chromosomes were not reduced. A fetus is present, but the placenta is very large. The chorionic villi are not as swollen as in a complete mole. In between the abnormal villi are normal chorionic villi.

When a fetus is alive at the time of diagnosis, death occurs within a few weeks from conception.

The only case in which a fetus in a partial molar pregnancy survives until term is when the zygote is formed with two maternal and one paternal set of chromosomes (digynic zygote). The fetus will be severely growth-restricted, and dies soon after birth if it survives until delivery. These pregnancies are high-risk.