,Should you happen to have visited a major city in the past 10 or 20 years, you might have noticed a health trend: yoga. The thousands-year-old Indian spiritual practice made its way into gyms, universities and even religious centres worldwide. New yoga centres seem to pop up weekly, advertising new yoga styles and making new health claims. Interestingly enough, yoga is not just perceived as a recreational activity but mainly as a way to increase and maintain health: national surveys show that about 31 million U.S. adults (more than 13% of the population) have used yoga for health reasons.

Yoga has been shown in clinical trials to improve pain by stretching muscles and aligning posture, to lower blood pressure by rebalancing the autonomous nervous system and to reduce inflammation by regulating chronic stress. In recent times, yoga is more and more perceived not only as a way to reduce stress and increase physical fitness but also to overcome mental suffering. This should not really come as a surprise: already about 2000 years ago the Indian sage Patanjali, the “grandfather” of modern yoga, defined yoga as the “control of the fluctuations of the mind”. And “fluctuations of the mind”, rumination or uncontrollable thoughts are cardinal symptoms of several mental disorders.

This potential of yoga to control unwanted mind wandering has hit the big time when Hillary Clinton reported how “alternate nostril breathing”, a classical yogic breathing technique, helped her to heal from her election loss – and from giving up her lifelong dream of becoming president of the USA. However, beyond gossip and anecdotal evidence, there are hard scientific facts and clear mechanisms by which yoga might help with mental symptoms:

Post-traumatic stress disorder (PTSD) is a major public health problem affecting up to 6% of the world population. PTSD results from substantial traumatic experiences and is thus far more common among veterans, survivors of wars or natural disasters, and victims of violence. The syndrome is characterized by re-experiencing, avoidance and arousal. PTSD is associated with a brain structure called the amygdala which connects the memory of certain experiences with emotions – in the case of PTSD the amygdala is overactivated and thereby constantly produces the aforementioned symptoms.

By reducing stress, yoga can increase parasympathic activity, this is the relaxation response, and could thereby directly reduce amygdala activity. This seems to be mainly driven by yogic breathing such as alternate nostril breathing. From a psychological viewpoint, PTSD is characterized by the paradox that patients feel anxious about the future although the traumatic event lies in the past. This is mainly driven by an overgeneralization of past experiences and negative appraisal of own actions, negative reactions by other people and life prospects. 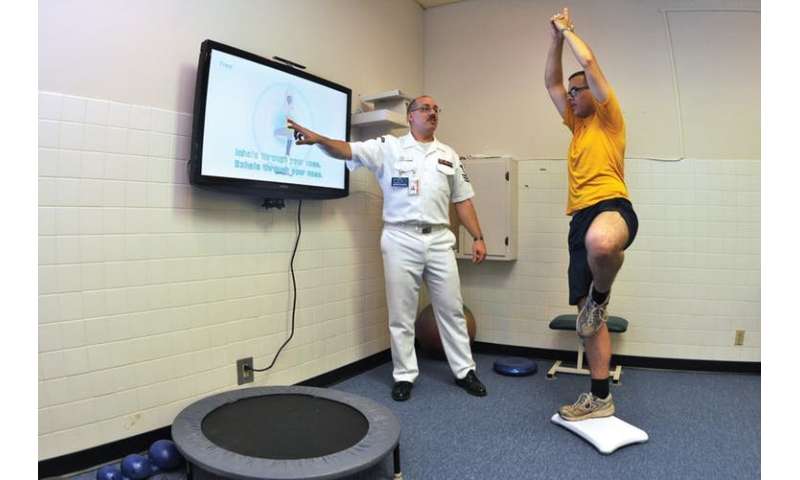 Yoga involves aspects of mindfulness, this is a non-judgmental open attention to and acknowledgment of even unpleasant emotions or memories. This can increase emotion regulation rather than avoidance. The mindful awareness of the transitory nature of one’s momentary physical, sensory, and emotional experience during yoga practice is thought to lead to a change in self-appraisal, thereby reducing PTSD symptoms.

In line with these thoughts and theories, clinical trials have shown that yoga actually can reduce symptoms of PTSD: studies from North and South America and Australia have recruited veterans and other people with traumatic experiences and randomly allocated them to yoga interventions lasting weeks to months or to control groups which were not treated at all or received rather unspecific health counseling. In a meta-analysis of these studies, my colleagues and I demonstrate that those participants who practiced yoga experienced a much stronger and clinically relevant reduction in their symptoms – even if the yoga style was not specifically designed for participants with PTSD.

Other studies have targeted anxiety disorders. Anxiety is a normal response to specific situations or events. Without anxiety, mankind would surely not have survived. However, excessive fear or anxiety may be indicative of an anxiety disorder. In generalized anxiety disorder (GAD) for example, elevated levels of anxiety, which are associated with concerns about health, relationships, work, and financial issues, lead to a wide variety of physical symptoms and behavioral changes. In the U.S., more than 4% of the population have been estimated to suffer from GAD alone.

Excessive anxiety also has implications for long-term health, with somatic symptoms of anxiety, such as palpitations and irregular heartbeat, being associated with an increased risk of cardiovascular disease. Interestingly, treating anxiety is one of the main reasons people give for practicing yoga. Again, mindfulness seems to play a key role here: patients with GAD have been shown to be less “mindful” than the general population, indicating that mindful body work, breathing and meditation can help here – perhaps by “controlling the fluctuations of the mind”? Interestingly, anxiety disorders are more prevalent among patients with breathing disorders such as asthma or chronic obstructive pulmonary disease and breathing retraining has been an essential part of many cognitive behavior therapy approaches for anxiety disorders.

Not surprisingly, yogic breathing is often seen as the main part of yoga when it comes to treating mental disorders, not the well-known yoga postures. The effects of yoga have been researched for a number of anxiety disorders, including GAD or phobia. We have analyzed these studies in a further meta-analysis. While the results are positive, most studies are quite old and do not fulfil the requirements of modern science, so replications are urgently needed. What yoga clearly does is relieving symptoms of anxiety in healthy individuals – be it diffuse everyday fear, examination anxiety or performance anxiety in musicians.