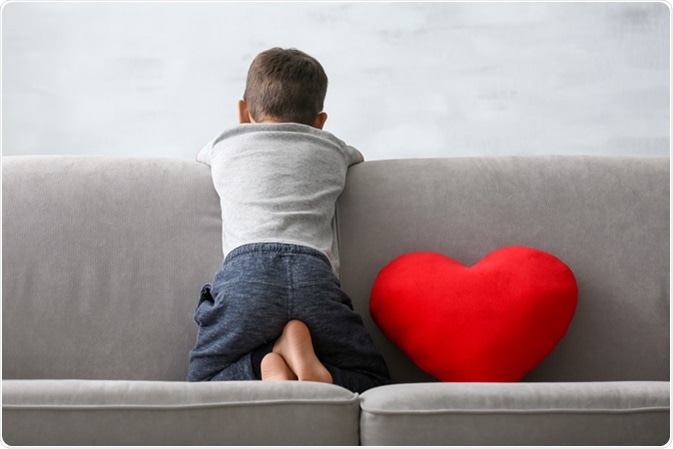 What is Autism Spectrum Disorder?

Autism spectrum disorder (ASD) is a developmental disorder that affects brain development. It affects how a person perceives and socializes with others, leading to problems with communication and social interaction.

Autism can be diagnosed at any age, but often, the signs and symptoms appear within the first two years of infancy. The term “spectrum” pertains to a broad range of symptoms, and level of functional disability that can occur in people who have ASD. In some cases, children and adults with ASD can  adequately manage their daily life,  while others may require additional support.

In some cases, children may develop normally  until their second birthday, after which they may begin to withdraw and not engage socially with others. Further signs and symptoms of ASD include social impairment, communication difficulties, and speech problems. Also, children with ASD may manifest repetitive and characteristic behaviors like rocking from side to side, twirling or flapping their arms.

Autism spectrum disorder is often diagnosed alongside other conditions.

Attention deficit hyperactivity disorder (ADHD) is a complex neurological disorder that affects children and adults. It’s described as a developmental impairment, causing symptoms such as inattention or the inability to focus, hyperactivity or excessive movements not suitable to the setting, and impulsivity or making hasty acts that happen at the moment without thought.

About 6.1 million (9.4%) of children between the ages of 2 and 17 years old were diagnosed with ADHD in 2016, the Centers for Disease Control and Prevention (CDC) reports.

Also known as Trisomy 21, Down syndrome is a genetic condition linked to delays in physical growth, mild to moderate intellectual disability, and characteristic facial features.

Dyslexia is a condition that mainly affects learning, particularly literacy and language-related skills. Those with dyslexia experience issues reading fluently and accurately, as well as problems spelling and writing. Autism and dyslexia are both related in terms of how the brain processes, stores and retrieves information, because of this, it is not uncommon for those with autism to also receive a diagnosis of dyslexia.

Epilepsy is the fourth most common neurological disorder. It’s a condition wherein a person has the tendency to experience seizures. People with autism are at a greater risk of having epilepsy, at about 20 to 40 percent. Research suggests this comorbidity occurs due to some of the development changes seen in autism contributing to the onset of seizures. As a result of this development, changes are often observed in the brain neurons or brain nerve cells. As neurons are responsible for processing and transmitting information and signals around the body, any disturbances in their activity can cause seizures to occur.

Fragile X Syndrome (FXS) is a genetic condition that leads to intellectual disability, developmental problems, cognitive impairment, and learning difficulties. Children with the condition may also have physical characteristics. Generally, males are more severely affected than females. People with FXS who also have autism may have a lower IQ than those with FXS but without autism.

Dyspraxia is a condition which affects an individual’s ability to plan their time and coordinate their physical movement. Those with this condition may struggle  to maintain their posture and balance. The cause of dyspraxia can be traced to how the brain processes information, leading to the messages not being transmitted properly. There has been a link in co-morbidity between dyspraxia and ASD.

Autism like many other psychological disorders is related to other conditions, which can negatively impact the lives of those living with the condition.