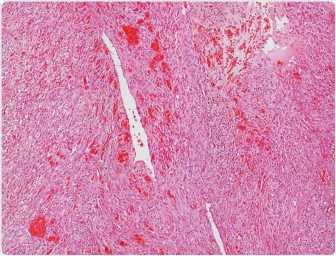 Angiosarcoma patients are mostly diagnosed after the tumor has spread all over the body and this type of late identification may result in a poor prognosis. According to various studies, improved prognosis is achieved when patients have smaller tumors that can be easily removed from the body.

Better prognosis is usually seen in low-grade breast angiosarcoma. This is a rare and aggressive sarcoma and sarcoma patients should be closely watched by follow-ups, in order to prevent further complications after treatment. 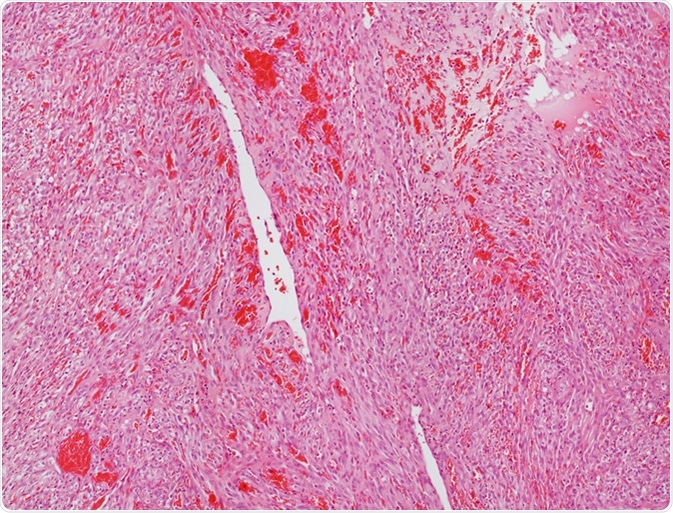 Up to 50% of patients show distant spread of the disease in the body at the time of diagnosis. This means that during diagnosis the cancer may have spread far from the original tumor or primary cancer. Smaller tumors in sarcoma patients are easily removed by radiotherapy, chemotherapy, and surgery. Some studies suggest that if the size of the tumor is less than 10 cm, then slowly dividing it is the way for better prognosis.

The worst prognosis is seen mainly in soft tissue angiosarcomas, because they are very difficult to examine. Removal of the organ may increase the chances for recurrence. Tumor grade is not important; sometimes it may happen due to the inherent behavior of the angiosarcoma.

Angiosarcoma of breast has a comparatively better prognosis.

Generally, angiosarcomas have a poor prognosis. There are two types of prognoses. They are metastasis and recurrence.

Lymph nodes, heart, lungs, liver, brain, spleen, bone, parts of stomach, muscles, and soft tissues and the contra lateral breast are just some of the regions in which the spread of disease may happen. The location of this metastasis is fully based on the location of the primary tumor as well as its nature.

They are classified as stage IV cancers and are named after the area of the body where it started initially. For example, lung cancer that has spread to the bone is called lung cancer and not bone cancer. Doctors investigate the spread of the disease by viewing the cell sample under a microscope as well as by other examinations.

Metastatic cancer has no symptoms; any manifestations that occur are based on the location and size of the tumor. For example, shortness of breath takes place when the tumor has spread to the lung.

Metastatic cancer can sometimes be healed with the help of current treatments, but this is not so common. The treatment is mainly dependent on the type of primary cancer, where it has spread, previous treatment, and the patient’s health condition. The main aim of this treatment is to reduce the growth of the cancer or stop the cancer. In some cases, the treatment can extend the duration of life.

If recurrence occurs, the most important thing is to get it treated as quickly as possible using radiotherapy and surgery. Patient treatments are estimated on an individual basis by first checking their condition.

Even though all the tumors are removed, they may appear again at a later time. Recurrence commonly happens within a period of two years. Incomplete resection, delayed presentation, and primary disease extension are the main risk factors for recurrence.

The survival rate is a standard factor to discuss the patient’s prognosis. The most complicated or severe prognosis of patients with angiosarcoma is death.

A few research studies show that the survival time for this type of cancers is 15–20 months. In spite of this, 35% of patients survive up to five years.