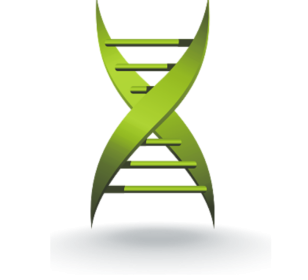 The disease mechanism for adult-onset progressive degenerative diseases begins much earlier than previously thought, according to a Northwestern Medicine study published in the Journal of Clinical Investigation.

Using a mouse model of spinocerebellar ataxia type 1 (SCA1) genetically engineered to precisely mirror the human disease, a team of investigators showed that there is an altered neural circuitry in the cerebellum that sets the stage for later disease vulnerability.

These findings are important since they raise the possibility that other adult-onset neurodegenerative diseases have their roots in early developmental defects, with implications for pathogenesis and treatment, said Puneet Opal, MD, PhD, professor in Ken & Ruth Davee Department of Neurology at Northwestern University Feinberg School of Medicine, and senior author on the study.

“This is the first discovery of alterations in an adult-onset spinocerebellar disorder that stem from such early developmental processes,” said Opal, also a professor of Cell and Molecular Biology. “This may well be generalizable to a whole host of other diseases, including Alzheimer’s disease, Huntington’s disease, Parkinson’s disease and amyotrophic lateral sclerosis.”

SCA1 is caused by a genetic defect in a protein involved in regulating gene expression called ATXN1. While ATXN1 is expressed throughout the brain, when mutated it predominantly affects the cerebellum, leading to a loss of coordination and an abnormal gait in patients.

Previous studies have largely focused on neurons in the disease, but Opal and his colleagues theorized the cerebellar stem cell population might also behave differently since some of the gene expression changes in the brain in the disease occur relatively early.

Using a genetically engineered mouse model of the disease, the scientists found that mutant ATXN1 had surprising effects on postnatal cerebellar stem cells.

These changes began in the early postnatal weeks of life and may explain why the cerebellar neuronal network is particularly vulnerable to degeneration in patients with SCA1, according to Opal.

While it’s still unclear exactly how the mutant protein is causing these changes, according to the study, the findings underscore the need to study a relatively underappreciated phenomenon: that pathogenic processes in neurodegenerative diseases begin very early in life— well before signs or symptoms are noticed.