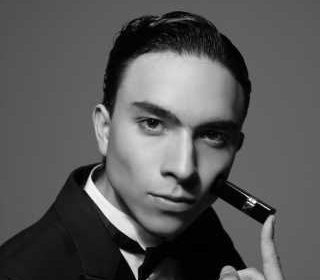 In his new role, Visser, who counts Bella Hadid and Kaia Gerber as clients, will work on digital and editorial projects, as well as red carpet partnerships. He will work alongside makeup ambassador Sabrina Bedrani under the direction of Peter Philips, creative and image director.

Visser got his start at the age of 12, when he observed famed photographer David LaChapelle on the set of a shoot in Los Angeles.

“I was in sixth grade and God, I was just so curious,” Visser told WWD via phone.

Throughout middle school and his freshman year of high school, Visser assisted makeup artists in downtown Los Angeles, cultivated relationships with industry mentors and studied the work of makeup artists-turned-entrepreneurs such as Kevyn Aucoin and François Nars.

One day, during Visser’s sophomore year, Kris Jenner reached out to him on Instagram.

“I did [Jenner’s] makeup and she was like, ‘Do you want to become my full-time makeup artist?’ I was like, ‘Yes, absolutely,’” he recalled. “That was a magical experience.”

Visser said Dior has “always been supportive of my creativity,” adding that he finds Philips’ work inspirational.

Asked how he thinks the COVID-19 pandemic is changing consumers’ relationship with makeup, Visser said people “are now more fearless.”

“[There is] this whole makeup revolution right now where people are fearless of the makeup and not so intimidated by it,” he said. “I think it’s important that we all embrace what our fantasy is of beauty and makeup and glamour.”

L’Occitane U.S. Files for Bankruptcy With Plans to Close 23 Stores